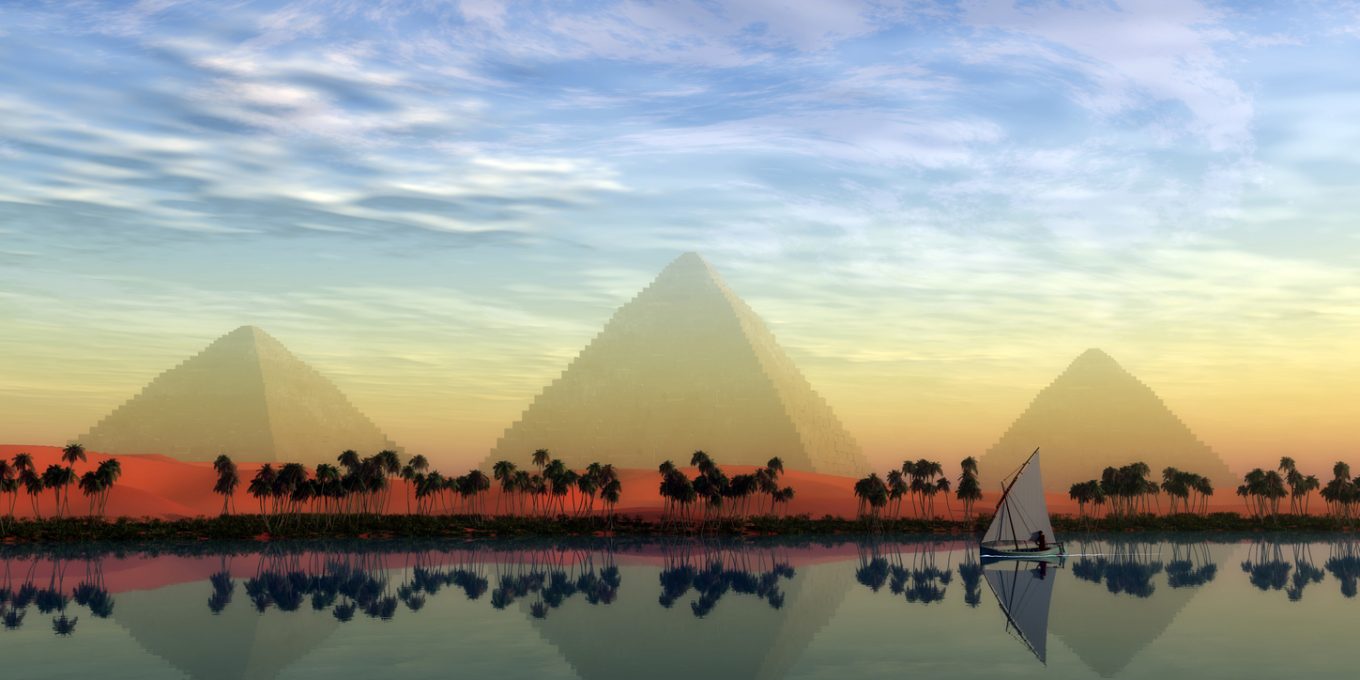 Egypt is one of those countries that attracts, first of all, with the history and incredible culture that made it known throughout the world even before our era. One of the oldest Mediterranean civilizations, Egypt, was a model for countless peoples like the Greeks and the Romans who were fascinated by its administration, justice, taxation, art and culture.

The pyramids and obelisks, the wise men (Thales, Pythagoras, Herodotus, Plato), Pharaohs with all their mysteries (Ramses II, Hatshepsut, Keops), his conquering women (Nefertiti) are just some of the wonders of Egypt. call. For these and many other reasons, Egypt is visited annually by about 12 million tourists who come to admire their curiosities, discover their beauties and steal their secrets.

Reasons to travel to Egypt

There are many reasons, as I have already said, but most of those who want to go down the pharaohs and pyramids go to Egypt for some of the most famous tourist attractions. Below we mentioned 5 of them: 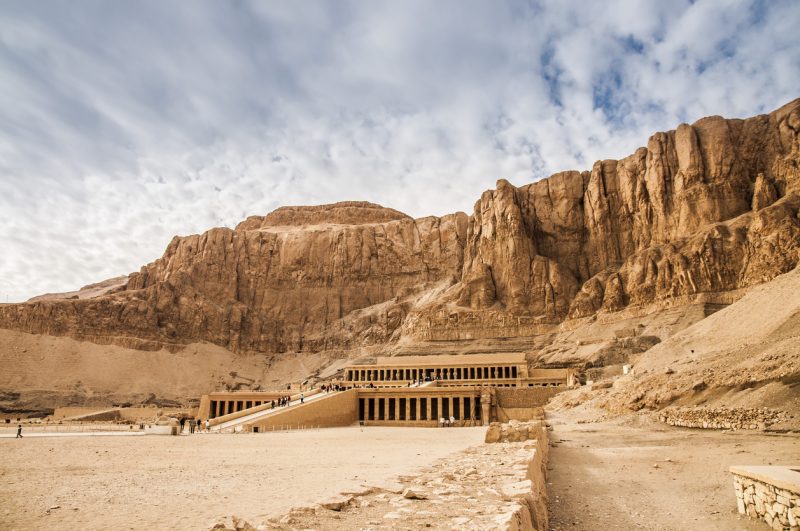 Valley of the Kings

Situated on the west side of the Nile (the river along which this fascinating civilization was formed) the Valley of the Kings is the place where graves for the Pharaohs and their families were built. There are a total of 63 graves, but only in 20 of them are Egyptian kings, including Tutankhamun, Ramses, Ahmose, Amenhotep and Akhenaton. Becoming famous after 1922, following the discovery of Tutankhamun’s tomb with its “curse” (came from the world beyond for all who profaned the tombs of the pharaohs), the Valley of the Kings is today one of the most sought-after points of attraction from Egypt.

Tombs are extremely different, with the number of rooms and their size varying according to the rank of the family. But they all have in common the walls covered with paintings and texts. 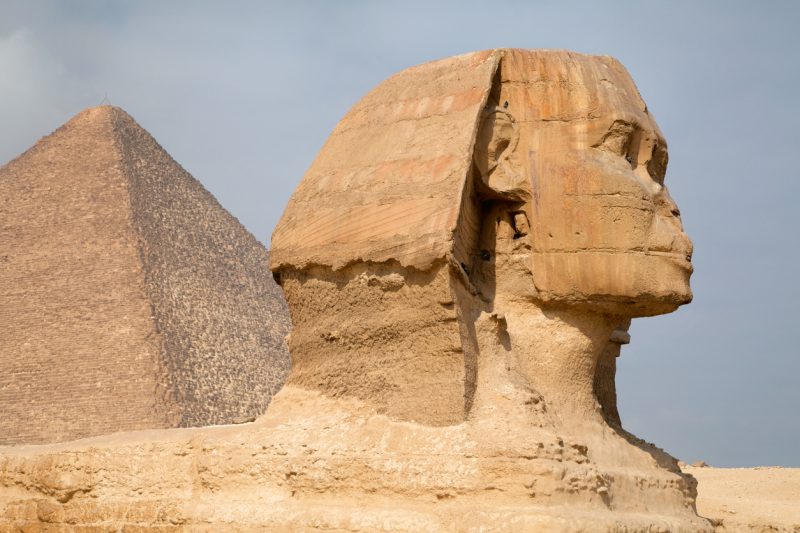 The huge statue representing a lion’s body and the head of a king or god, the Grand Sphinx of Giza is an essential symbol of antiquity, often called the “eighth wonder of the world.” Located on the west side of the Nile, 10 km from Cairo, the Sphinx, known as the world’s largest monolithic statue, has been buried many times in sand but has been repeatedly restored.

The Sphinx was venerated by the Egyptian rulers who called him Hor-Em-Ekhet (Horus of the Horizon), a symbol of the Sun God. Only the head of the statue measures 6 m high and 4 m wide, and the eyes are 2 m tall. Although today it is totally devoid of color, it is assumed that the Sphinx was originally painted in bright red.

The Pharaoh’s country is especially known for its pyramids, those monuments which, in the vision of the ancient Egyptians, indicate the way to the sun (their corners are perfectly oriented to the four cardinal points). Keops’s pyramid, built from over 2,300,000 blocks of limestone, each weighing more than 2.5 tons, is by far one of the most famous. Keops has been built over 10 years and comprises three mortuary chambers. Very similar to its structure are two other famous pyramids: Kefren and Mikerinos. 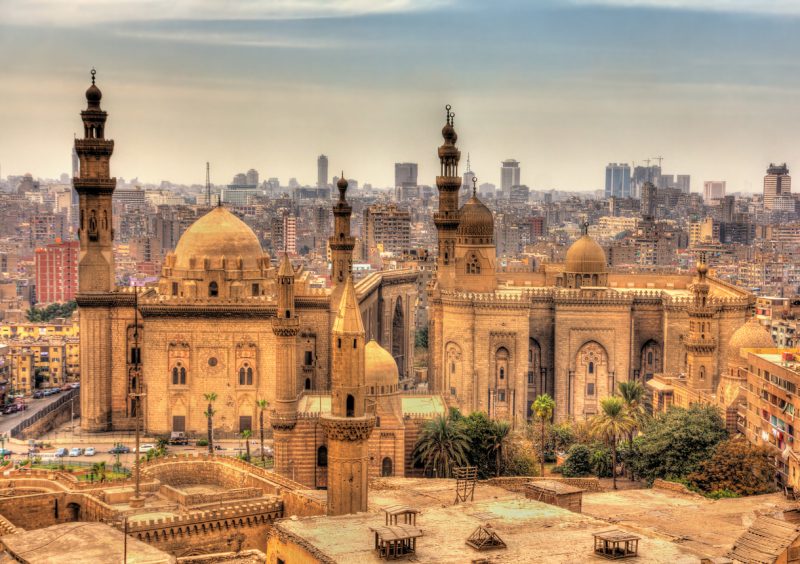 Also known as the “Mother of the World” or “Victory City,” Cairo is one of those cities where the new and old coexist to create a unique realm. It didn’t exist at the time the pyramids were built in Giza, Cairo is today the capital and most populated city of Egypt.

The houses and minarets, the treasures of Tutankhamun’s tomb and other wonderful things in the Egyptian Museum, the mosques, the Coptic churches, the small museums make up a special exotism, making every year the “City of the 100 Minarets” visited by millions of people. The Citadel of Cairo, the Nile, the Egyptian Museum and the over 500 mosques of the city, the Giza pyramids and Memphis are among the main attractions that attract tourists. 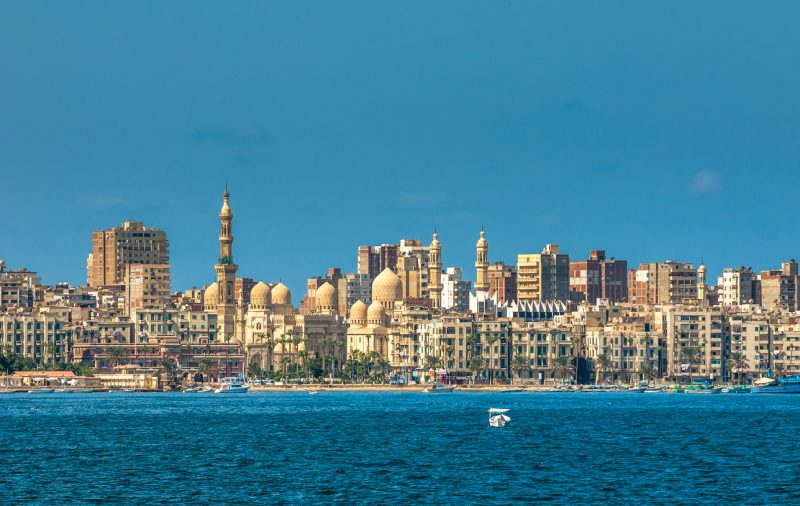 Alexandria is the second largest city in Egypt after Cairo and one with an extraordinary historical cost. This spectacular setting, which Marco Polo spoke about in 1300 as one of the world’s busiest two ports (after Quanzhou, China), shelters some of the world’s most cherished monuments.
One of them is the Lighthouse of Alexandria, considered to be the seventh wonder of the ancient world, being the tallest building of that era. The second is the Library of Alexandria, the largest library of Antiquity, with 900,000 parchments, the place where “philosophers, mathematicians, poets, doctors” worked.